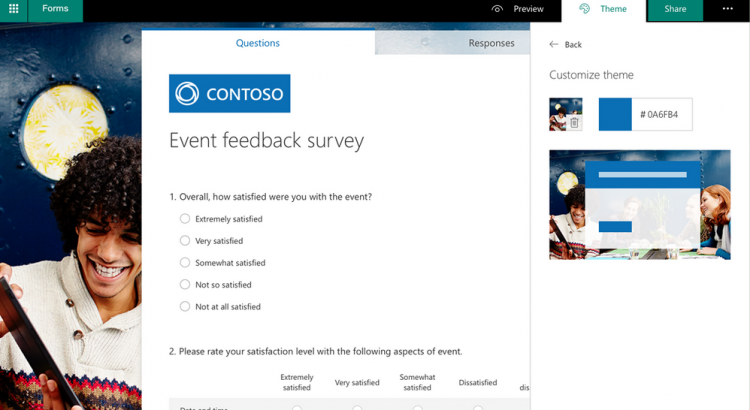 ..One of the top user-requests is to include company branding with surveys. We now offer more customization support in survey logo, theme, background, and thank you page.. 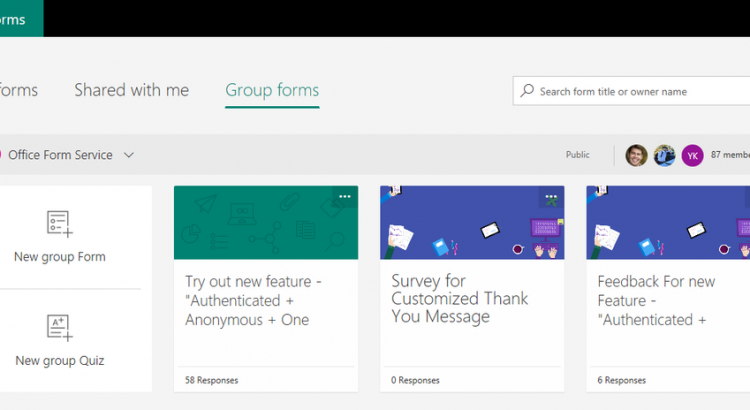 Now integrated with the Office family, Microsoft Forms can easily collect information from your favorite and familiar apps.

Forms for Excel, powered by Microsoft Forms, has replaced Excel Survey and builds a live data connection between Microsoft Forms and Excel. The responses you collect in your form will show up, real time, in your Excel workbook.

You can now access Microsoft Forms directly in Microsoft Teams. Set up a Forms tab to create a new form or insert an existing one, create notifications for your form via connector, or conduct a quick poll using Forms Bot.

SharePoint has been widely used to share ideas and collect feedback. You can now use a Microsoft Forms web part on your SharePoint pages to collect responses or show survey results right on your site.

Find your group forms in portal

The forms you have created in Microsoft Teams or SharePoint team sites belongs the O365 group. In Forms portal, there is a new features, “Recent group form”, where you could quickly access the group forms you have used recently. 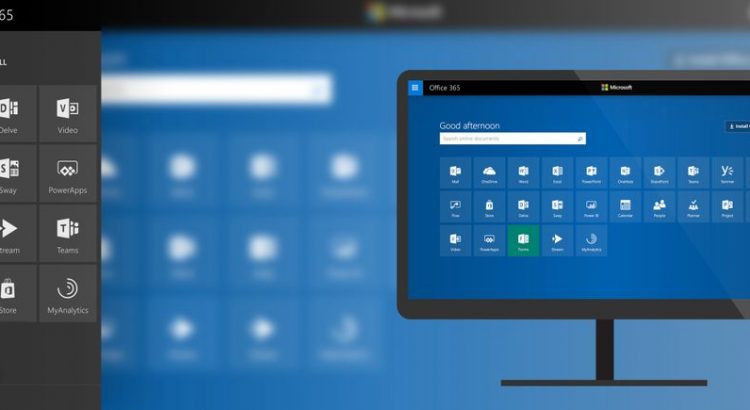 Following the  July 26, 2017 announcement. Today, all commercial customers can access Microsoft Forms through the Forms tile in the Office 365 app launcher or directly at http://forms.office.com.

Microsoft Forms is a simple and lightweight app for creating polls, surveys, and quizzes. With Microsoft Forms, your users can easily gather customer feedback, measure satisfaction, organize team events, and more. The app works on any web browser and includes features such as themes, logo and image support, real time responses, automatic charts, question branching, and support for collaboration.

Click on the Forms tile in the Office 365 app launcher or visit http://forms.office.com to create your first poll, survey, or quiz. Learn more about Microsoft Forms. 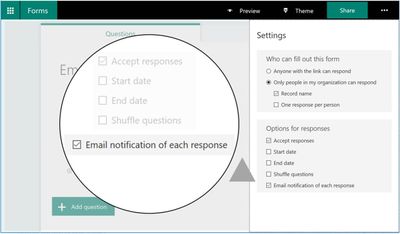 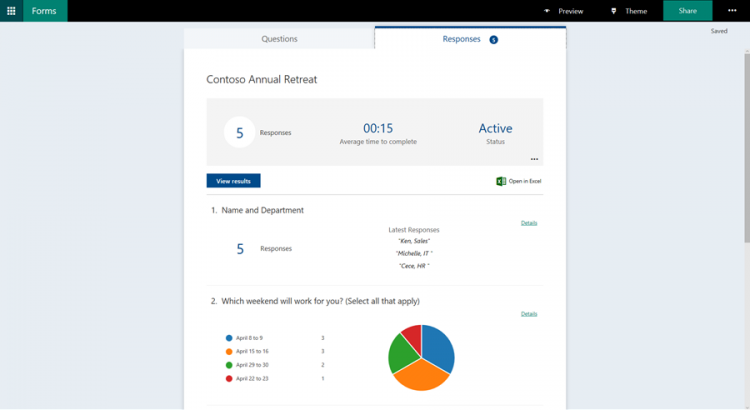 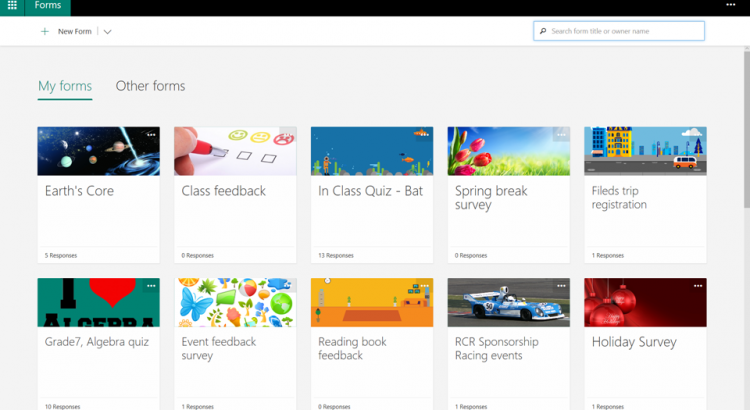 updates to Microsoft Forms, including improvements to the Forms portal, more languages and right-to-left reading support.